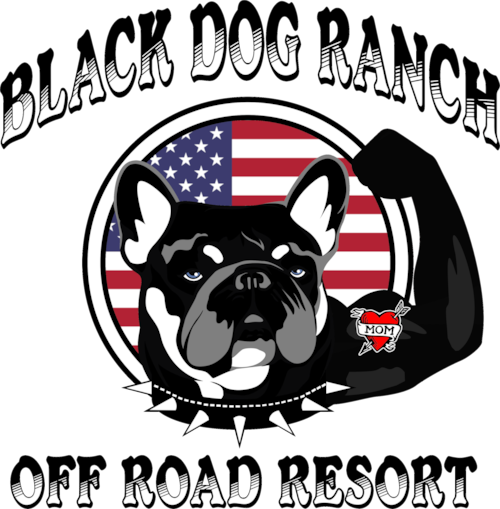 Black Dog Ranch is a family owned and operated ATV and RV resort. Under new management since March 2018, Black Dog Ranch now offers many RV rental spaces with 30 amp and 50 amp power hook ups. We now offer WiFi service for our lodging customers at the ranch. Black Dog Ranch is also in the process of constructing an additional group of annual RV sites.

Black Dog Ranch was originally a working farm owned by Joseph T. Bailey and his wife Ruth. During the early seventies Joe, an avid hunter, acquired Snoopy, a small black and white feist that would prove to be the first of the “black dogs”. A subsequent litter produced five black pups, two of which were sold to a fellow hunter while the remaining three pups and their mother remained on the farm. The three remaining pups were named Bailey, Kate, and Ted.

Joe and Ruth both passed at the beginning of the new millennium, and the last of the “black dogs”, Kate, passed shortly there after. It seemed only fitting that "Black Dog Ranch" would serve as the new moniker for the farm where Joe and Ruth had spent nearly sixty years of their life, over 25 of which were accompanied by one or more of the well-loved line of "black dogs."